The Story Of Neil Armstrong’s Daughter & Her Battle With DIPG

May 31, 2019 / Marc Jr Foundation / Comments Off on The Story Of Neil Armstrong’s Daughter & Her Battle With DIPG

Karen Anne Armstrong was just two and a half years old when she passed away on January 28, 1962. This was also the sixth wedding anniversary of her parents. A beautiful little girl, Karen had DIPG but doctors at the time weren’t able to tell. Fondly called “Muffie,” many say that she was one of the reasons why her father, Neil Armstrong, became the first man to step foot on the Moon in 1969, five years after Muffie’s death.

According to journalist Jay Barbee’s biography, Karen never left her father’s thoughts. When he landed on the Moon and noticed a baby crater, he named it after his daughter and called it “Muffie’s Crater.” Here is what the book says, “He stood there, remembering how Muffie would have loved sliding down into the pit. He had an overwhelming urge to do it for her. But then better judgment grabbed him. He settled for taking pictures and describing what he saw before heading back.”

Soon after her second birthday, Karen was playing the park and she fell. It gave her bump on the head. When she got home her nose was bleeding and she had a concussion. Later in the evening, she couldn’t see properly. Soon she couldn’t walk well. She had DIPG. Radiation therapy took a toll on her health. Her symptoms returned by the end of 1961 and “cobalt treatment,” a treatment that destroyed cancerous cells but also destroyed the healthy ones. She was brought home and soon after Christmas she passed away. 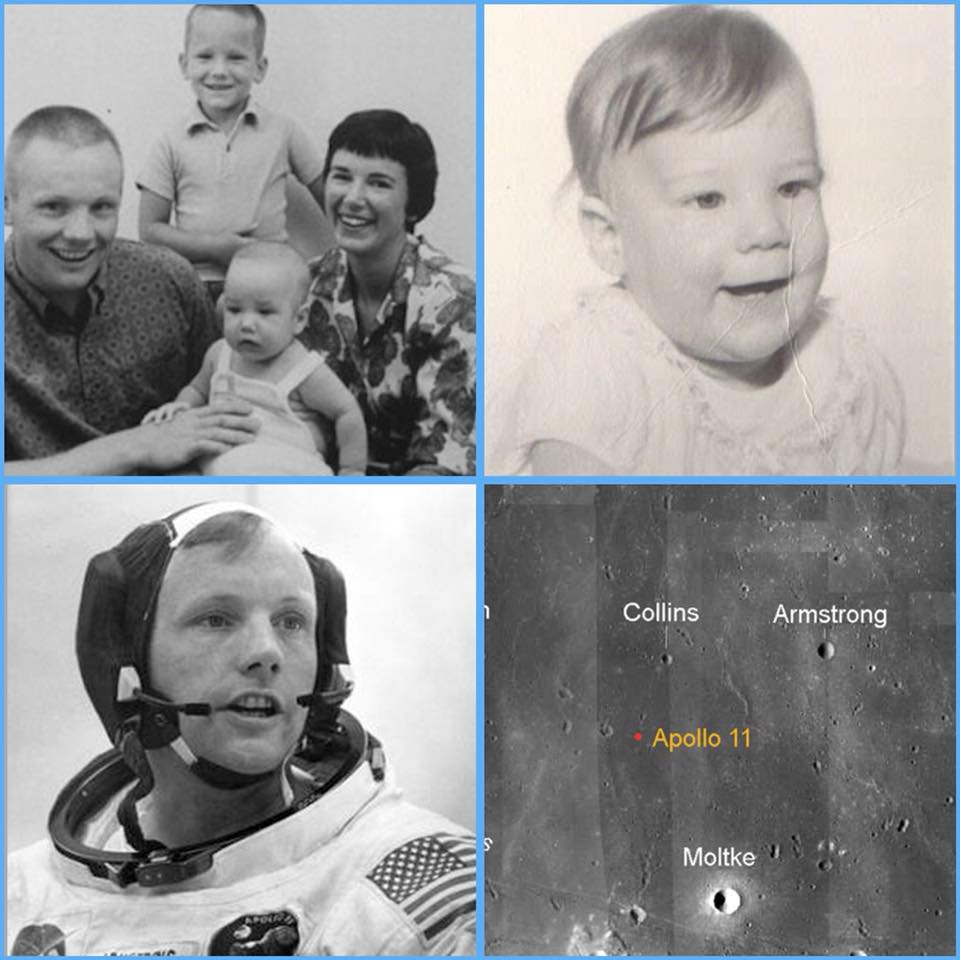 Karen’s battle with DIPG is an inspiration. She never complained, according to her mother Janet. She lived through the last Christmas of life, enjoying it, with utmost joy. Muffie will never be forgotten.

When Muffie was battling DIPG, Armstrong kept detailed notes about her treatment.  When she passed away, Armstrong went back to work. It was his way of grieving. He did not grieve in public but like every father who loses a child, mourned when alone. Her memories fuelled him in space.

Neil Armstrong’s famous words, “That’s one small step for man, one giant leap for mankind,” can be interpreted differently today. Your small step to fight against DIPG, can be a giant leap for mankind by finding a cure for it and helping children live. Will you join hands with Marc Jr Foundation in our battle against DIPG? Will you help save the lives of beautiful children like Muffie?

What Causes DIPG? Let’s Try To Get Some Answers

The Symptoms of DIPG You Should Be Aware Of

Posted in Faces of DIPG

Something went wrong. Please check your entries and try again.
Scroll To Top